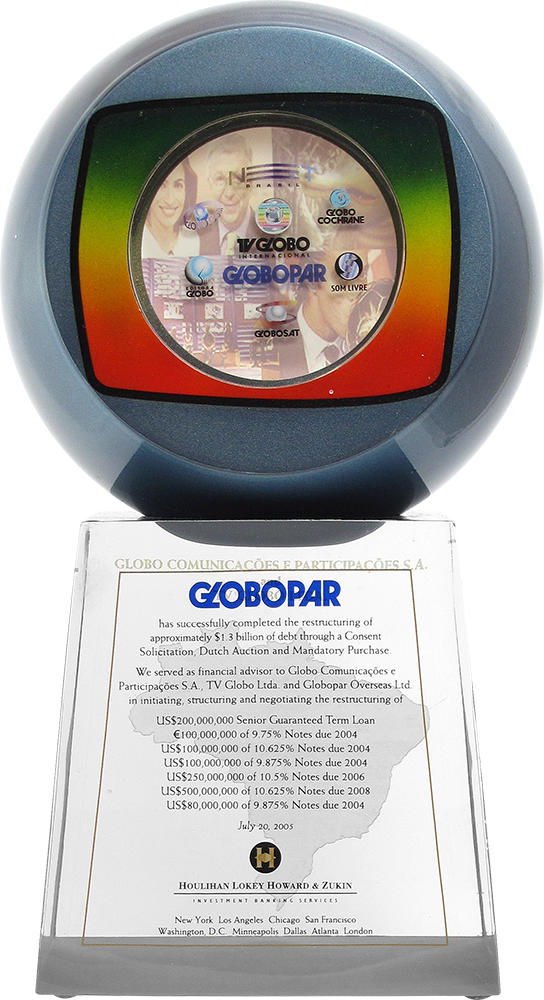 In March, 2002, Mr. Alexander was appointed CFO of Globopar (the Globo´s Group holding company) to announce and conduct its Financial Restructuring.

Due to a combination of factors, including a dramatic change in the economic environment, the Globo Group was forced to negotiate all its debt with creditors and bondholders. The announcement of Globopar´s Debt Restructuring triggered  several cross default clauses and, also,  impacted a large number of subsidiaries and related companies.

At the Debt Restructuring announcement, the Globopar´s financial claims amounted around US$2billion, most of it in the international bond market. Including all the related companies, directly and indirectly affected, the total debt to be restructured was around US$4billion. The Debt Restructuring negotiations last for around 3 years, ending in June 2005. It was a vast complex net of agreements, including more than 15 M&As.

The Debt Restructuring was successfully closed without imposing any debt haircut to creditors and refocusing the Globo Group on its core business: media content provider.

Globopar and TV Globo were merged and formed the new Globo Comunicação e Participações, the main Globo Group company. The debt profile was adjusted and the corporate and finance management activities were centralized. Mr. Alexander was appointed the new company´s CFO in 2005.

Due to the successfully conclusion of the Debt Restructuring, on the following years: