LANGUAGES
Article
In a company which is ill, debt is merely a symptom
December 2017
Free translation

In a company which is ill, debt is merely a symptom

“Excess debt is not leverage — it's just debt”

The analogy between business and human beings first appeared in the literature when economist François Quesnay, father of physiocratic thought and also a physician, compared financial flows to blood in his Tableau économique in the 18th century.

Capitalism has evolved a great deal since Quesnay, but his analogy has run its course through the centuries and today lies at the heart of any serious approach to business model and its impacts on capital structure.

Whenever we discuss this issue with shareholders and managers, the analogy with human health helps put everyone on the same page.

Usually, the first challenge to overcome is the current—and wrong—idea that financial issues are not an integral part of the strategic discussion and business model. The financial area is often seen as “supporting activity”, which leads to financial strategy not being given due attention.

This vulnerability often comes to the fore in times of transition: a change in the economic or competitive landscape, a merger, or any other change in normalcy that directly affects the capital structure.

Financial diagnosis is the first step in assessing the effects of this transition period on the company, as it analyzes the impacts of the various activities on the company's results rather than just evaluating the financial portion.

It is like a blood test, whose purpose is not to make discoveries about the blood itself but to allow the doctor to evaluate how the different organs of the body are working. The test’s warning signs often indicate additional measures or tests that are not even directly related to blood.

Managers and shareholders facing dramatic debt situations do not clearly understand the relationship between capital structure and operational activities. When a company is more indebted than it desires and does not prioritize the management of financial activities, it is common to hear the question, “How do I solve this financial debt problem, so it does not get in the way of my business?” As if these things were not directly related.

It is an understandable reaction. When a child of ours has a high fever, all we want is an immediate solution so that the temperature lowers.

But like the fever, debt in a business might be simply a consequence, not the cause. The diagnosis of the disease is often more complex than just the treatment of the symptom. If the disease is not treated, the fever returns after the antipyretic.

When a company does not plan its capital structure and its level of indebtedness strategically, the consequences can be dramatic. In practice, many companies use the credit market in a disorganized way, without any strategic planning, and, worse, they confuse the concepts of leverage and indebtedness.

In a simplistic way, up to a certain level of indebtedness, the greater the debt—with the increase in financial expenses resulting in a lower tax base—the greater is shareholders’ return.

However, the optimum leverage point is not easy to achieve in real life, as company results are unpredictable. The more volatile the business is, the greater the likelihood that debt will be lower or higher than the optimal point. But the higher the indebtedness, the worse the creditworthiness of the company, and sooner or later, the higher the interest paid. Unfortunately, excess debt is not leverage—it's just debt.

From this point on debt starts to grow on its own in an uncontrolled way, as a cancer cell. Ultimately, there is metastasis.

The cure involves intensive treatment: If the company is not able to rebalance itself by increasing operating cash flow, selling assets, securing new loans or capitalizing itself, it will have to restructure its financial liabilities.

The prevention of problems, however, is a matter of common sense: cash generation and healthy habits have never hurt anyone.

Stefan Alexander is a partner at Alexander Corporate Finance. He is a former investment banker at BBA and Bank of America and former CFO at Organizações Globo.

In a company which is ill, debt is merely a symptom | Brazil Journal -Created by 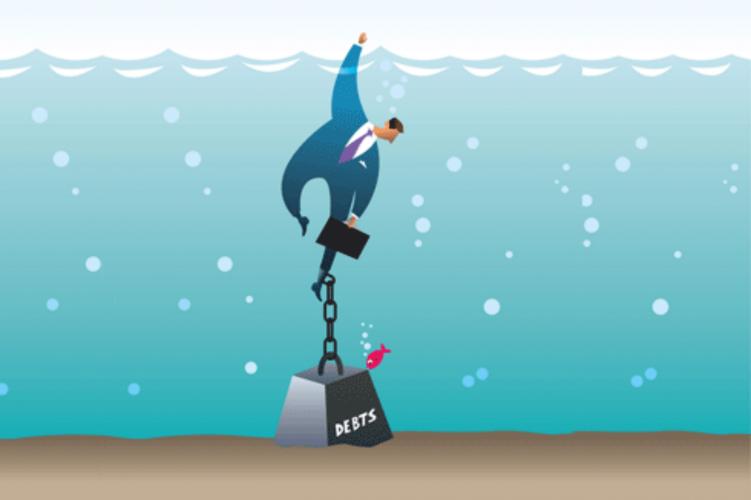